A minor cannot be convicted of violating Penal Code § 148(a)(1), resisting or obstructing a police officer, if the minor is detained without a warrant. The article that follows about the published opinion is written because in almost twenty years of practice, we have seen this charged several times in almost identical circumstances as in this case out of Barstow. We have argued against the charges without success. The following link is to a summary and an opinion every juvenile law practitioner should be aware of.

Do you know someone who has been charged with human trafficking of a minor for commercial sex? Do you think it is just a trumped-up charge that does not fit the facts? What does a prosecutor need to show to a jury for the jury to convict someone of this? What are the defenses? What is the punishment if one is convicted? To read answers to each of these questions, click on the following link.

It is generally understood that police are legally permitted to conduct a pat-down of a suspect that the police officer believes could be armed and dangerous. But police can’t just pat down every single person they come in
contact with unless there are “specific and articulable facts” the officer can describe to support his pat-down; otherwise, a judge can exclude from evidence what the officer found in such a search. How about if the officer
just sees a person with bulging pockets, obviously full of something? Click on the following link to read a summary of a reported decision that evaluated this police officer’s claim.
https://www.greghillassociates.com/when-is-a-police-pat-down-search-valid-bulges-in-pockets.html.

The general rule concerning recovery of pain and suffering in a criminal case is that it cannot be recovered as restitution. One exception that does exist is for a victim of lewd and lascivious acts with a person under age 14 (Penal Code § 288) or in 288(c)(1), a person under age 16. This allowed recovery includes for a violation of 288.5, continuous sexual abuse of a child. To read why someone argued such recovery was not allowed and the court’s legal reasoning for why it was allowed, click on the following link.

Can someone arrested for DUI and who agrees to submit to a blood test later argue that the test was involuntary? In the following DUI out of San Diego, a gentleman later convicted of DUI argued that because police did not read him a proper admonishment about the consequences of refusing to submit to a breath or blood test, the test was involuntary because his consent to the test was not properly obtained. How did this argument fare? To read about this interesting argument, click on the following link. 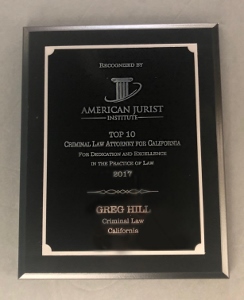 If one has completed one’s primary term for a conviction involving a non-violent offense, is that person always entitled to an early parole hearing under Prop 57? If so, how soon is the hearing? Who will be notified of the person’s parole hearing? If someone has such a hearing, it is automatic that parole is granted? If parole is granted, how soon is the person released on parole? For answers to each of these questions, click on the following link. 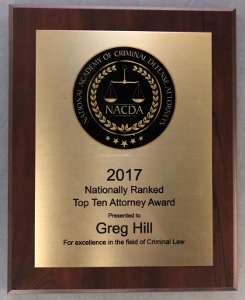 It is true that under the new Prop 57 law passed into law in November, 2016, certain people serving time in state prison will received additional good conduct credit as long as he or she makes himself available for work and behaves in general. Does this apply to folks serving California state prison sentences outside California? Does it apply to those sentenced to life without the possibility of parole or condemned prisoners? How much will the good time credit percentage increase for a person serving time with one strike? To read answers to these questions, click on the following link.

Newspapers, radio stations and social media took strong positions both for and against a new law, Proposition 57, that allowed folks in state prison to earn an earlier release by taking certain classes. At issue was whether, can such prisoners avoid recividism by becoming educated enough to qualify for work once released so they do not return to a life of crime. More fundamentally, was allowing early release of certain prisoners taking classes just a social experiment by hopeless idealists naïve enough to risk public safety? What are the details behind this new law? To read more on Prop 57, click on the following link.